Colorectal cancer (CRC) is the third most diagnosed cancer and over 5 million people worldwide currently live with CRC. According to the American Cancer Society, the lifetime risk of developing CRC is 1 in 23 for men and 1 in 25 for women, and recent research indicates an increased incidence of CRC among individuals younger than 50 years of age.

Recent research has revealed that a significant number of CRC patients with heritable genetic mutations remain undiagnosed under past genetic testing guidelines, which limited testing to specific age groups and forms of cancer. Now, the National Comprehensive Cancer Network (NCCN) has announced new guidelines that recommend germline multigene panel testing for all individuals with CRC ages <50, as well as consideration for germline multigene panel testing for those with evidence of mismatch repair deficiency in their tumor or a family history of CRC.

Robert Nussbaum, M.D., co-authored a letter to the NCCN to formally request universal germline testing for CRC patients to be added to the guidelines. He states, “As the medical community’s understanding of genetic links to cancer evolves, genetic testing guidelines must evolve with it.” Increased accessibility to multipanel genetic testing can extend the representation of medically underserved populations and reduce the exacerbation of existing disparities. Expanding guidelines for genetic testing for CRC can also help family members determine their risk for CRC, increase surveillance for early detection, discover curative treatments, and promote awareness of CRC for those at increased risk.

Genetic factors play a significant role in the risk of developing many forms of cancer. Identification of germline predisposition can notably determine and direct a more effective plan of care, treatment, risk-reducing interventions, cancer screening, and germline testing. A multicenter cohort study among 2,984 cancer patients compared universal genetic testing with guideline-directed targeted genetic testing based on clinical guidelines to examine the prevalence of pathogenic germline variants (PGVs) in cancer patients. One in eight patients had a pathogenic germline variant, but 48% of those cases would not have been identified with a guideline-based approach. This underscores the limitations of clinical and guideline-based risk assessment for genetic testing. The multigene panel was more efficient at identifying heritable variants compared to guideline-directed targeted genetic testing.

Importantly, identifying PGVs in cancer patients can encourage their relatives to take earlier action for risk assessment and cancer prevention. However, financial barriers and lack of insurance coverage can limit patient participation in genetic screening. This study points to the effectiveness of multigene panel testing and its implications for cancer prevention and treatment. 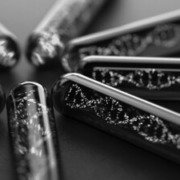 What Do I Need to Know About Genetic Testing for Colorectal Cancer?